I flagged a question as "Primarily Opinion based" and left a comment. Then OP edited his question and upon consideration, it seemed to me, that Programmers could make something good of the question.

I decided: "hey why not flag this for migration". I opened the flag-dialogue and saw this: 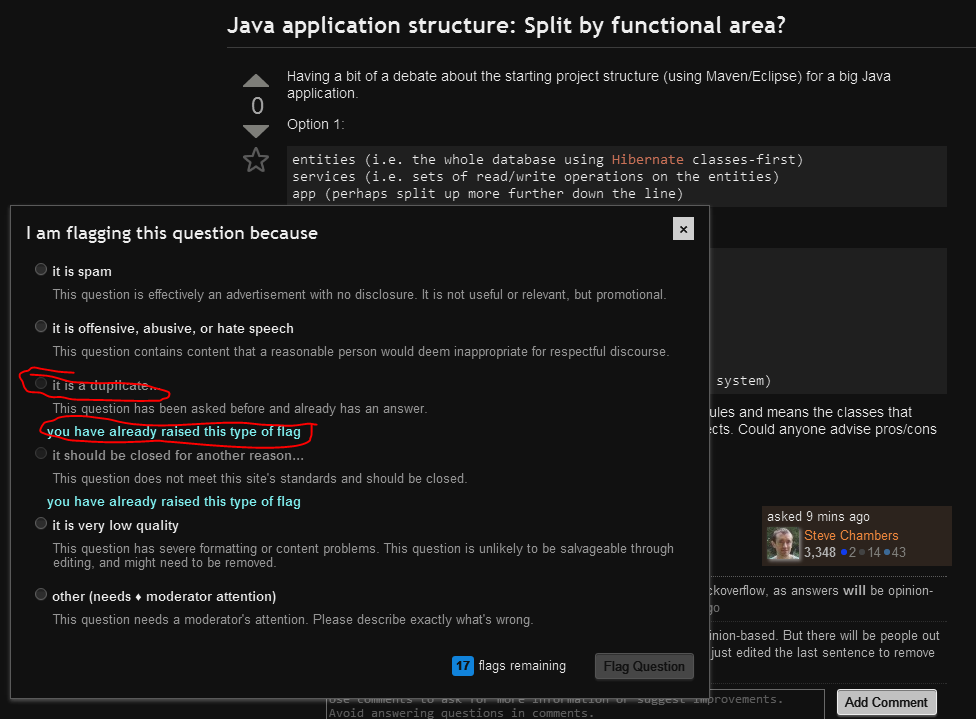 It surprised me to see, that I was supposed to have flagged this as a duplicate.

Accordingly I went and checked my flagged posts, and there was no duplicate flag in sight: 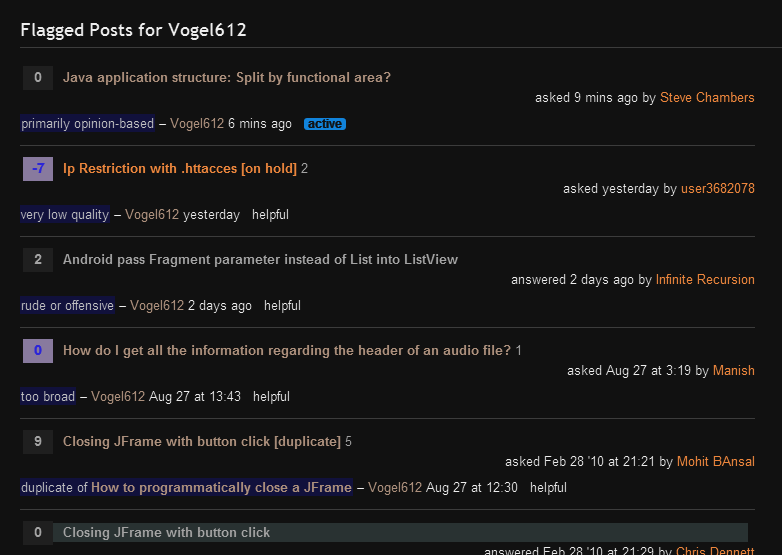 So why is the Flag-Dialogue so confused?

The flags are divided into types as follows:

These are grouped by what happens to the flag and hence the post.

By flagging as "Opinion Based" you've used up your flag of that type so you can't flag it again with one of those flags. The idea is that you should only need to flag something once for each flag type.

It is worth pointing out that there's no user initiated migration path from Stack Overflow to Programmers (too many poor quality questions were being migrated) so you can't use the "Off Topic -> Belongs on another site" flag anyway. Migrations to Programmers (and other sites not on the standard list) can be done by moderators but you'll need to use the "Other" flag to let us know.

If you're doing this then make sure that:

It helps if you are an active user on the target site. You'd be surprised at how many people suggest migrating to Programmers when they don't even have an account on the site or haven't participated to prove that they know what the site is about.

Not the answer you're looking for? Browse other questions tagged support flags vote-to-close .

23
Why are only five migration SE sites offered when close flagging a question?
4
Flag declined, then Question put on hold?
8
"Not an Answer" Flag Declined, Answer Deleted, Can't see Answer
29
What does it mean if my flag was "removed during a deletion"?