Why the flag " is belonging to other site" is Limited? [duplicate]

I see a question on this site and tried to flag it as belonging to Server Fault, so when I have tried to do it this choices revealed for me: 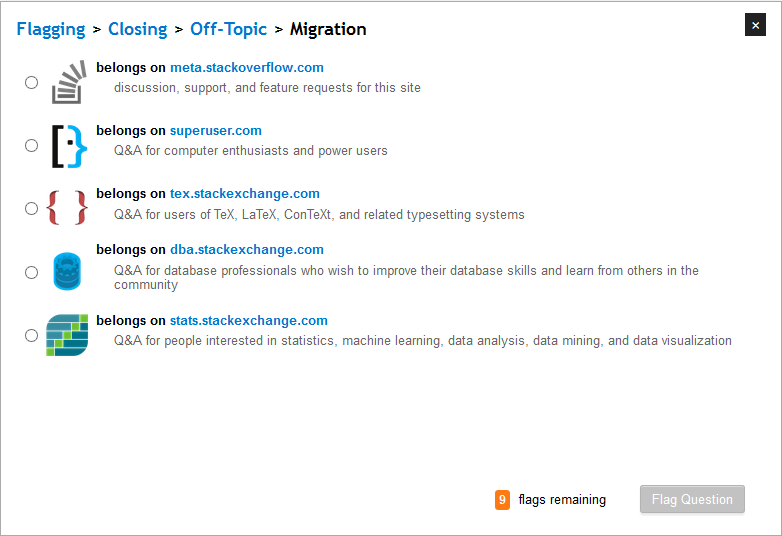 Why server Fault isn't included? and Why we can flag the question to be belonging to other site only for a specific sites of stack Exchange? Or How the site select the returned result for flagging?

The practical number of bullets that can go into that dialog is obviously limited, so SE has to pick and choose, based on the following criteria:

Both criteria are judged by real data: statistics that tell SE how often questions are migrated to a particular target site, and what percentage of those migrations are actually successful. In addition, the subject matter of both sites is considered; questions asked on Stack Overflow are unlikely to ever be migrated to the Bicycling site, for example.

Sites are sometimes excluded from the list because history has shown that a high percentage of migrations are rejected by the target site, an indication that the folks migrating the questions do not fully understand the target site's scope.

270
Flagging migration should include more options
23
Why are only five migration SE sites offered when close flagging a question?

28
Avoiding overly specific site referrals for general computing and sysadmin questions
5
Where can I find clear boundaries for what questions are asked on Stack Overflow, Super User, Webmasters, and Server Fault?
23
Why could reviewing questions with unobvious belonging be a reason for banning from review?