I just got a late answer review for an answer that was showing "question deleted" where the question normally would be when first presented. 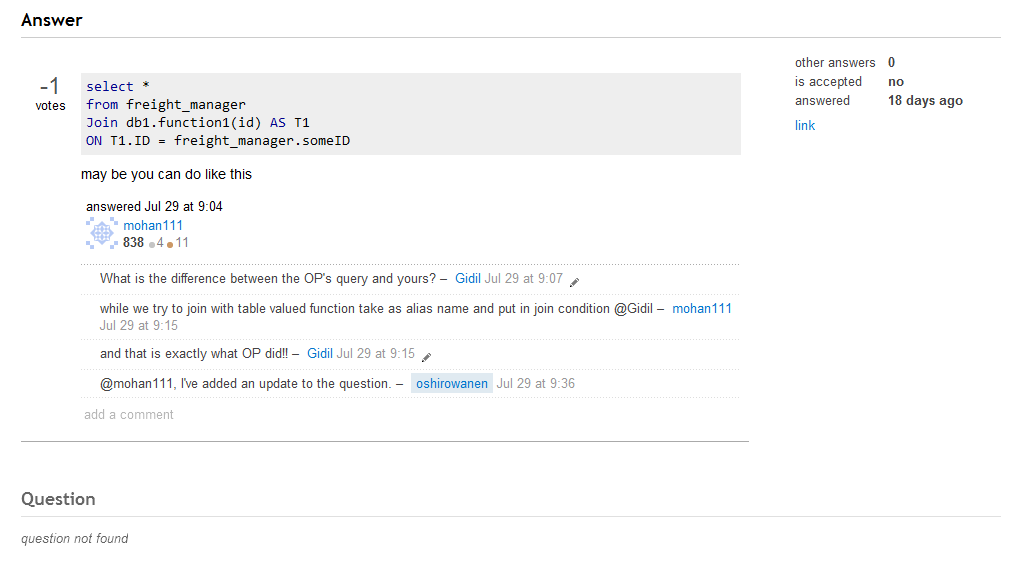 As a general comment, this is poor behavior since it made it clear that what I was looking at was an audit. Either the answer should be discarded from the potential audit pool, or the question should be displayed anyway.

From what I was able to see there the only indication that the answer was more than just another mediocre "suggested code without explanation" answer was a single commenter not seeing any real difference between the answer and the questioners code.

Not having enough information to make an informed decision about what should have been done with the answer if the question was still around I just picked "No Action Needed". Where upon I was informed that I had guessed wrong and was actually shown the question: 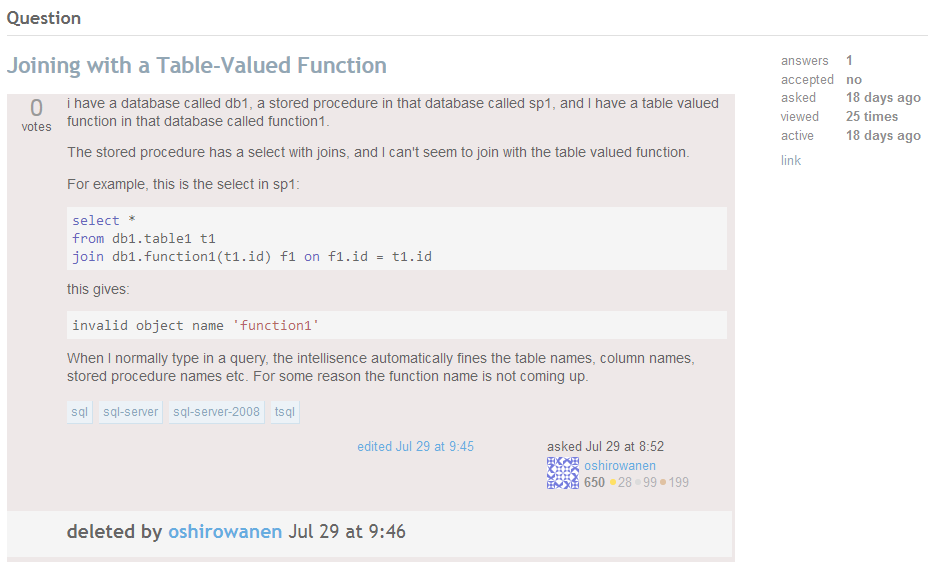 Being able to see the question, it's clear that the commenter asking "what's different in your version" was corect. It appears that the sql different only in naming conventions (and that might have just been the result of a question edit) and line breaks.

A final observation is that the answer was only posted 20 minutes after the question; leaving me to wonder why, even if the question hadn't been deleted by the asker, was the answer picked for a late answer audit in the first place.

4
Failed audit on deleted answer with "no action needed" - bit unfair?
2
What should happen if an answer is deleted during a late answer review?
2
Failed audit but can't review deleted answer
9
Known-bad triage audit generated from question deleted by now-deleted user
31
Can we please tweak the algorithm that selects review audit questions