Where did the use of the name Mjolnir come from?

Often The Dupe Hammer, aka The Mighty Mjolnir is talked about.

Obviously this is named after Thor's hammer in Norse mythology.

But when did the name start being used in StackMythology and why?

First wide public use at Meta Stack Exchange was in May 8, 2014 announcement in Increase close vote weight for gold tag badge holders:

we're going to be rolling out a change that gives you more power when it comes to handling duplicates, a chronic source of pain...

...if a question goes through two iterations of being opened and closed where this new 'Thor's Hammer' was used, moderators will get a flag alerting them to a contested duplicate...

For the sake of completeness, this announcement also refers "PHP 'hammer":

To show my commitment to this, here's my version of the now famous PHP 'hammer': 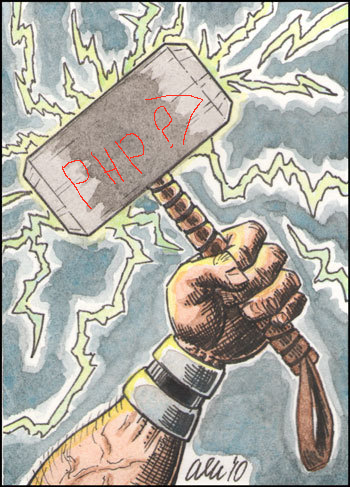 I would venture to guess that it comes from internet moderator lingo such as "the Ban Hammer", which usually refers to when a moderator uses his mod powers to ban a misbehaving user from a site: 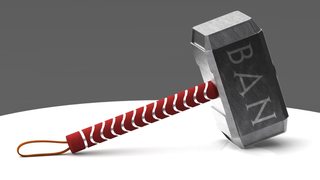 In the context of Stack Exchange, moderators do much more than just ban users, they also heavily moderate content quality, such as closing duplicate questions, with only 1 binding close vote (vs the usual 5 close votes required from non-mod users).

Because moderators wield such unilateral powers, it's fitting to refer to the act of closing a duplicate "with one mighty blow" as an instance of using "the Dupe Hammer", Mjolnir, etc.

Not the answer you're looking for? Browse other questions tagged discussion dupehammer .

427
When did I get close-vote superpowers?
26
Is it possible to know who single-handedly reopened a question?
-14
Combating Low Quality Posts in Web Development related tags

13
Dupe hammer missed the target?
8
Where do all these 'user123456' accounts come from?
6
Why did my vote hammer come up second on the list when I entered it in the input?
31
"Nominate this question for reopening?" message misleading