Answering a question with a bounty. Update old answer, or start a new answer?

I have created an update to an answer I gave when there was no bounty. Now there is a bounty.

As you can guess, I want the bounty.

Should I update the answer I gave, which I feel might mean I might not get any of the bounty if the OP does not decide to give out any bounty. How can I increase my chances of getting the bounty with my new edit?

It is well known that this is stated in the help center:

the highest voted answer created after the bounty started with a minimum score of 2 will be awarded half the bounty amount.

That is why I am asking this question

Here is an answer (might be deleted because it was found to be Not An Answer by the person asking it after we chatted in the comments). Read the comment section as that explains the issue at hand. 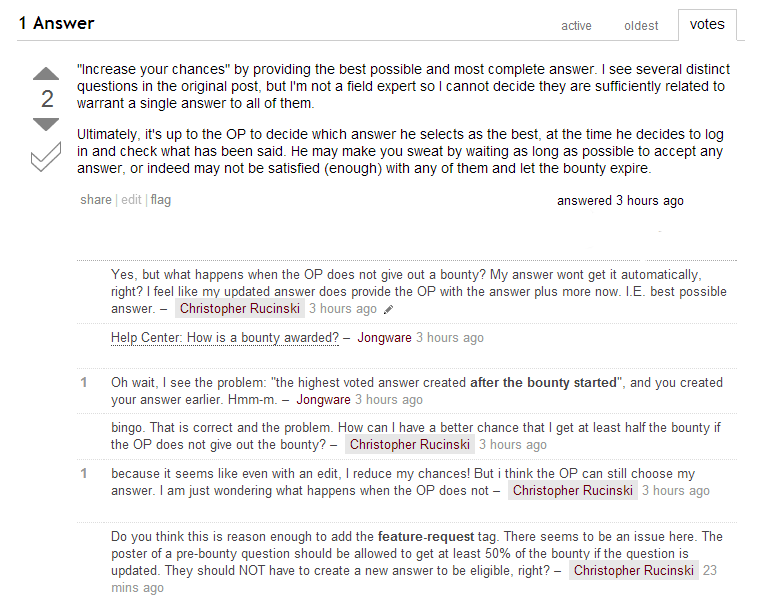 If you leave your answer, two things could happen:

If you delete your answer and write a new one, four things could happen:

31
Does the bounty system not auto-award anymore?
5
How did I earn this bounty?
3
Why was an answer not awarded a bounty?