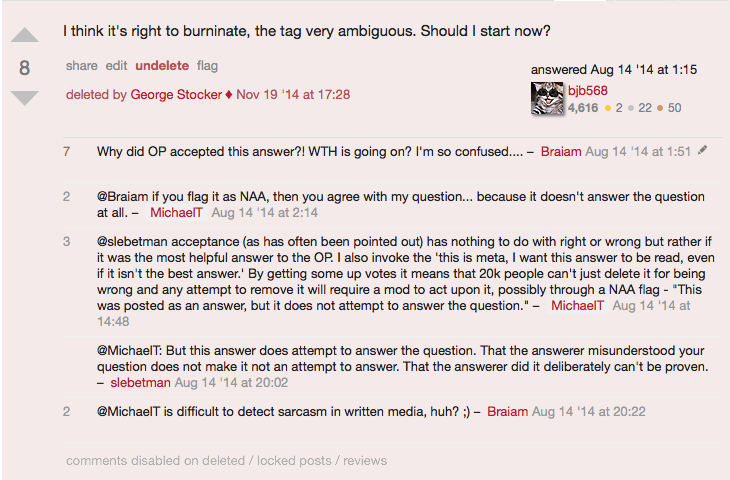 12
Why was my NAA-flag declined? What should I do with "answers" that does not even touch on the question?
6
Flagging a code style suggestion as "Not an answer" wrongfully declined?
3
NAA Flag declined for code of a question
3
NAA flag declined for completely unrelated answer
1
Declined flags: What am I not understanding about how the site should work?
1
Where did I go wrong with this NAA flag?
146
A minor change to the description of the "not an answer" flag: "the question" → "a question"
93
Using NAA on jokes that make no attempt to answer the question
129
Can we care a little more about quality instead of quantity, please?
29
Is a self-answer of "looks like I had a typo" really not NAA?
See more linked questions