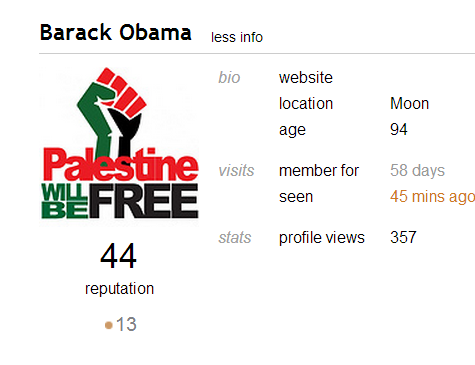 You can hide usernames and profile pictures with uBlock Origin filters. For example, if you find people named "Benjamin" offensive (sorry Benjamin), you can do this:

If you want to do it Stack Exchange-network-wide, just add the rest of the domains:

-17
Is there anything to do with users with a profile picture clearly endorsing violent acts?
214
Stop mob-downvoting users on the main site for their actions there and their opinions on Meta
90
User's political display name triggering government action against users who view it - what should I do?
57
Is the new "marry whomever you want" title image out of place?
22
Are political profiles that could possibly affect the participations of other users allowed?
10
Should political (possibly offensive) content be allowed in user's profile?
7
1 week+ since joining and I still have the default LGBT flag as chat avatar
-15
Is there an objective moderation standard regarding political messaging in user profiles?
-11
Is changing my profile picture to a Muhammad caricature allowed?

7
1 week+ since joining and I still have the default LGBT flag as chat avatar
10
Should political (possibly offensive) content be allowed in user's profile?
5
Are there any rules and limits about profile pictures?
22
Are political profiles that could possibly affect the participations of other users allowed?
83
Is it ok to have links on how to create sock puppets and gain rep fraudulently in user profiles?