"How to Format" sidebar overlaps footer

I just found it now. It is really doesn't matter the back end but it is OK to fix this.

Here is the image: 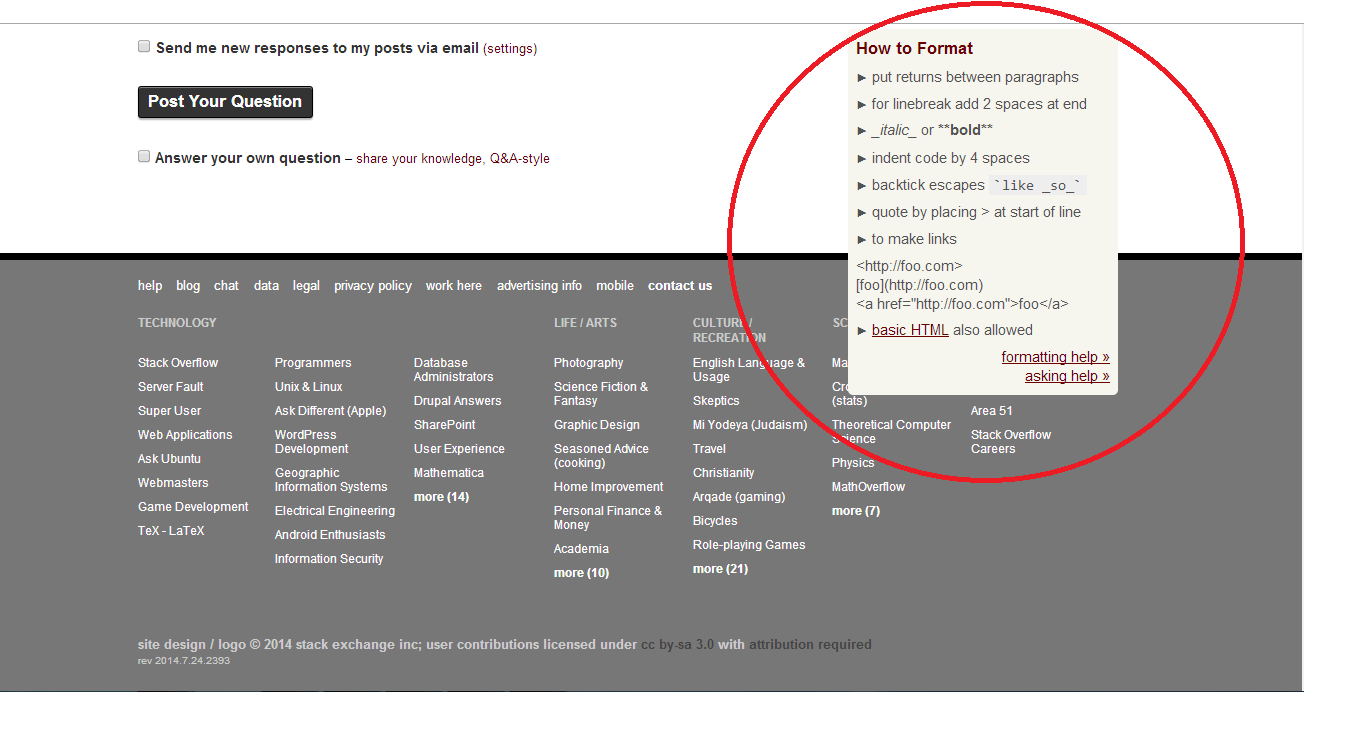 At least to offer you the courtesy of something more than merely status-declined, and for those who abhor the effort of clicking on a link (as provided by @Qantas 94 Heavy), it seems that this was raised on Meta Stack Exchange (maybe you were supposed to realise that despite differences between sites, SO in particular, it would be considered a network issue - or rather a network non-issue) where Community Manager Pops did respond:

We think that sidebar is pretty important, and want it to remain visible. The footer, on the other hand, isn't that important, and can always be accessed again with a bit of scrolling up. It's not worth the time to tweak the page so that it's only scrollable until the point of overlap.

Not the answer you're looking for? Browse other questions tagged bug status-declined design .

17
Answer overlaps comments underneath
15
Scroll bar overlaps the flag prompt
14
How do I prevent data from our Teams account from showing up on Stack Overflow?