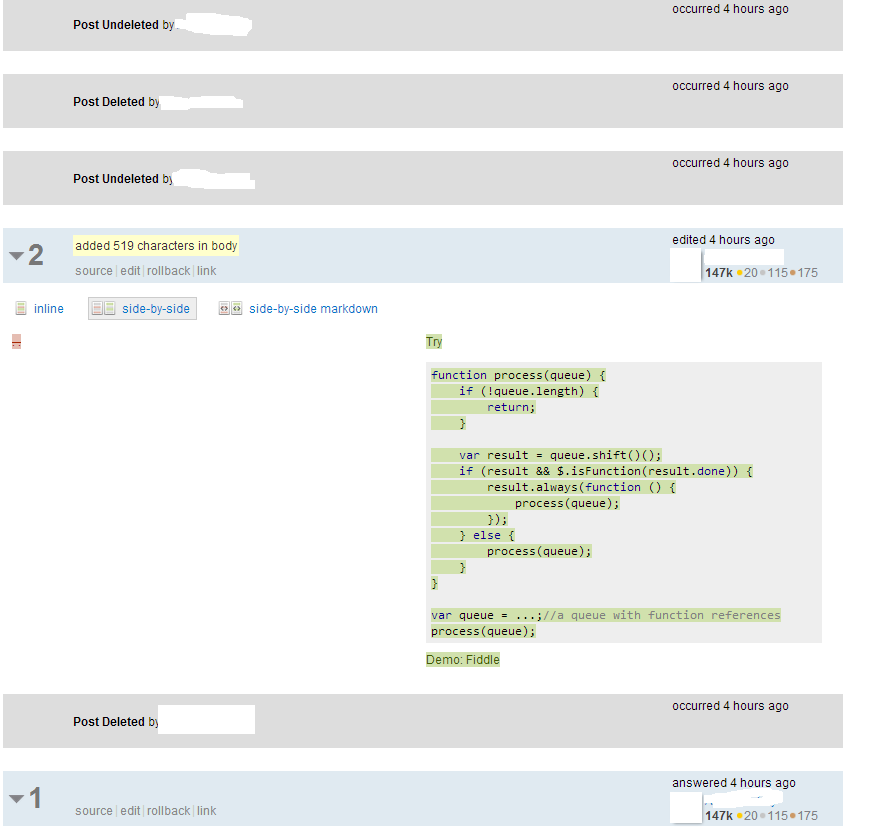 214
Stop mob-downvoting users on the main site for their actions there and their opinions on Meta
54
Self-vandalizing deleted answers
15
Should I fix my incorrect answer so as to make it pretty similar to existing ones?
2
If someone else answers a Q simultaneously, and there is no real difference, is that a good time to delete an answer?
-17
Mark a question as 'Still debugging / working' by the answer-er

3
Deleted answer, don't understand why
47
Is it acceptable to post answers in Swift on iOS/OS X questions marked with the Objective-C tag and vice versa?
101
How to deal with unclear questions and their lightning-fast ("fastest gun in the west") answers?
4
What to do when people fight a war using votes, flags and SO powers?
2
What should I do about old (potentially wrong) posts of mine?
14
Why did a moderator delete a highly voted answer and nobody answered the flag I raised?
27
Why can an answer deleted from review be simply undeleted?
94
Etiquette: A Corollary to the Fastest Gun in the West