Why did the proportion of down votes go up? [duplicate]

This Data Explorer query appears to show that there was a step up in down votes as a fraction of votes from the "historic" 10-12% to 14-15% in late April. 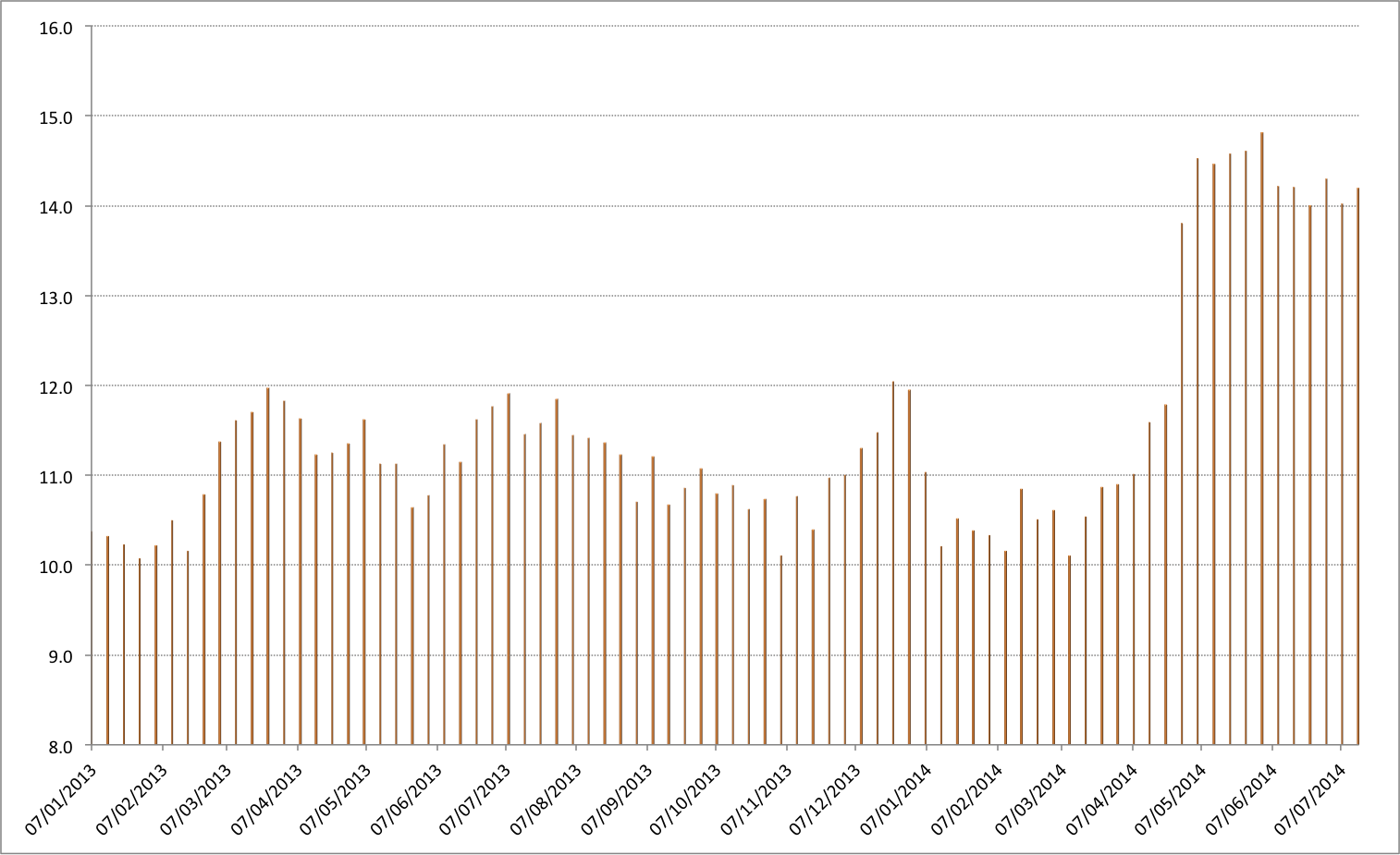 This seems like a significant change - why did it happen?

Separating the down votes by post type appears to show two effects. In late April there is the bump upwards seen in the aggregated data, then from around the start of June onwards, there is a reduced number of "dangling" votes. A vote is considered a "dangler" if there is no entry in the Posts table for its PostId. Raw data came from here. 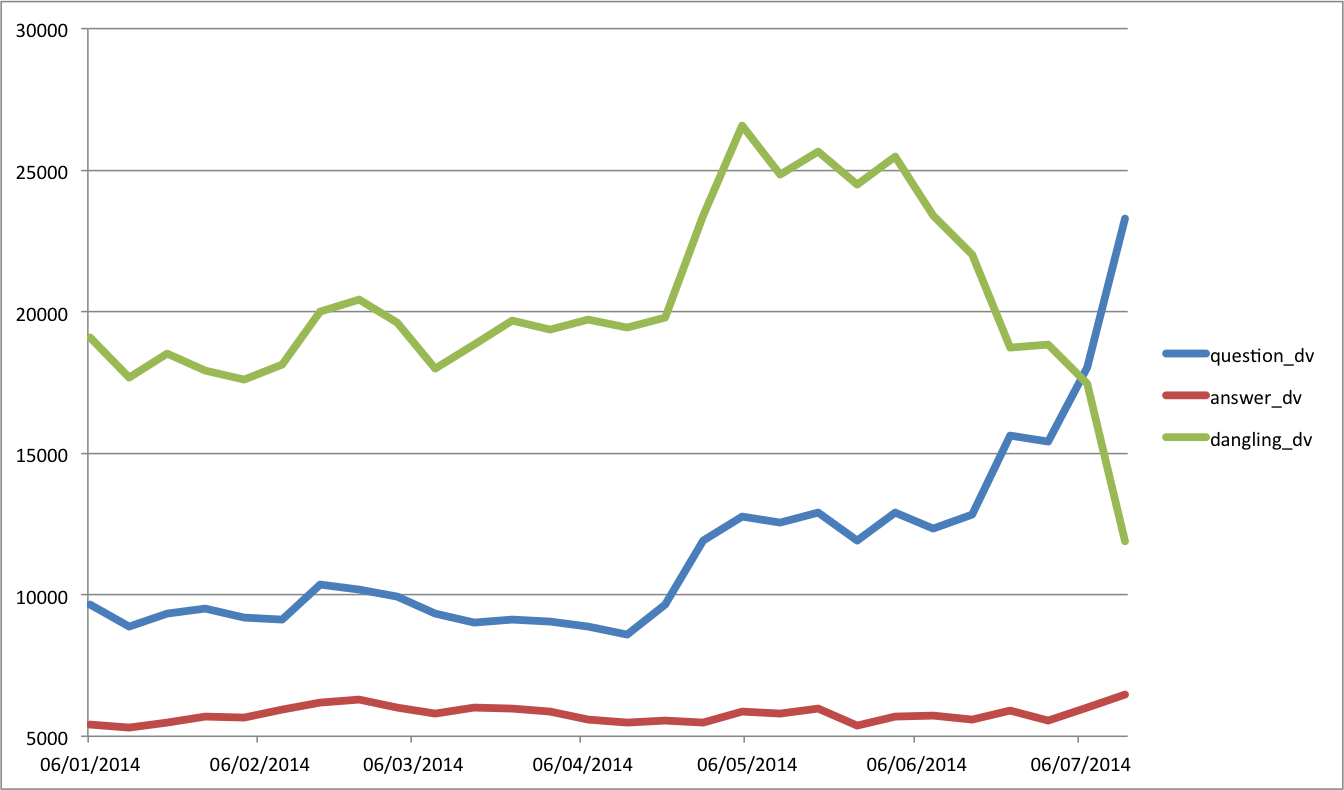 I would have expected post deletions to show up as increased numbers of older votes dangling, but that's not visible here for votes before June.

Here is an update of the second graph, covering data out to mid-January 2015. 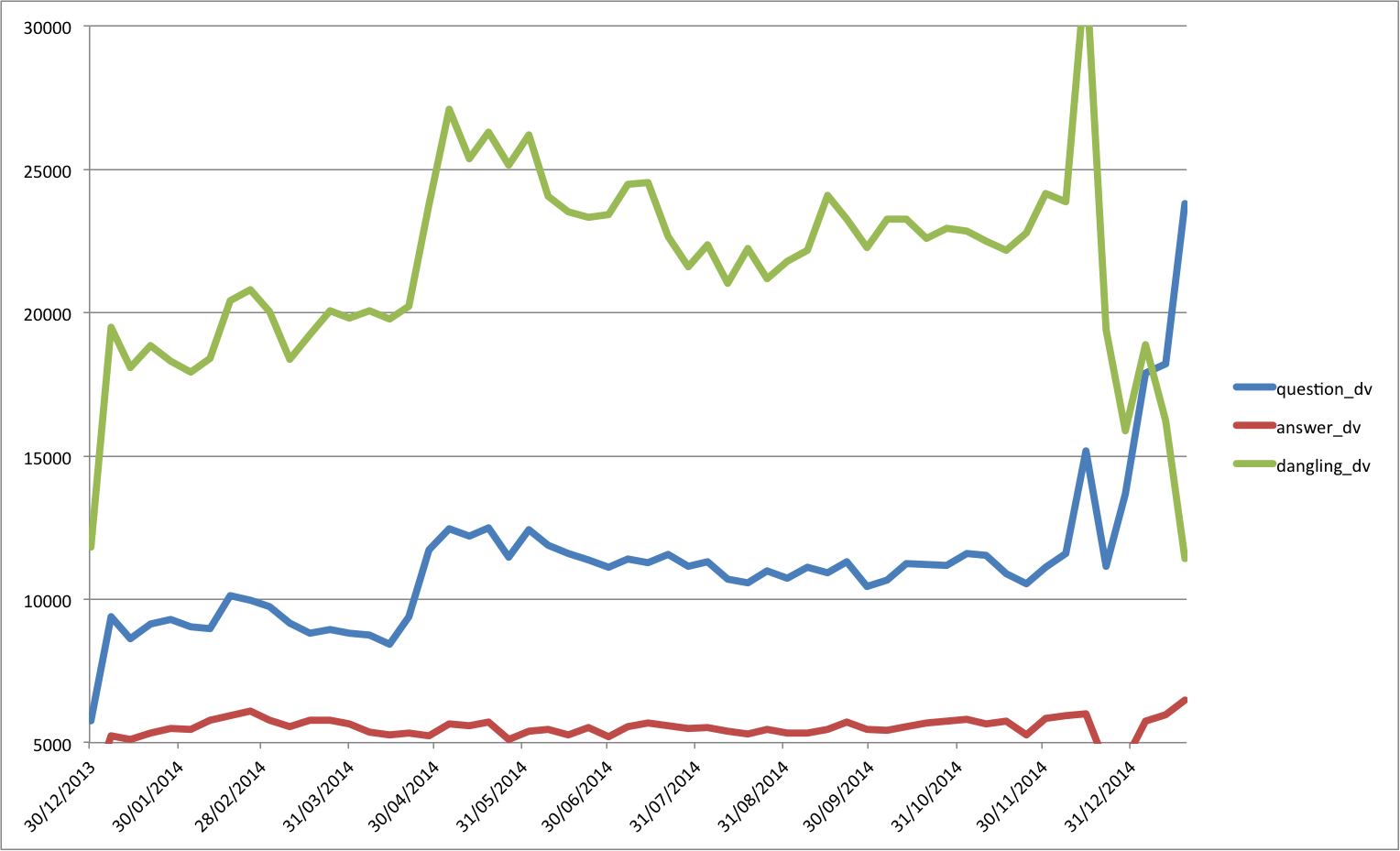 It does still appear that there was a step change in down votes on questions in late April 2014.

23
Unsplit Up/Down Votes after Splitting them
92
Sudden change in voting proportion
44
Unanswered Questions: What am I still missing and what can I do to improve them?
1
Why am I getting down votes on this question?