Should it be clearer you're not supposed to edit code too much?

While doing edit reviews, I have often noticed that invalid edits to code are approved.

This is far from uncommon and happens several times a day. Other sorts of invalid edits I've encountered are:

When should I make edits to code? clearly states the do's & don't, but not all (new) users are aware of this, and make well-intentioned but invalid edits. I've developed some sort of sense to detect which sort (invalid) edits are likely to be approved anyway, and I go back & rollback the changes, but this is a "hack", and overrides the point of the review process.
Also makes you wonder how many of these invalid edits slip through...

Should the edit page make it clearer that edits to code should fix only very specific problems?

For editors, an extra line could be added, perhaps only for the first n edits, ugly mockup: 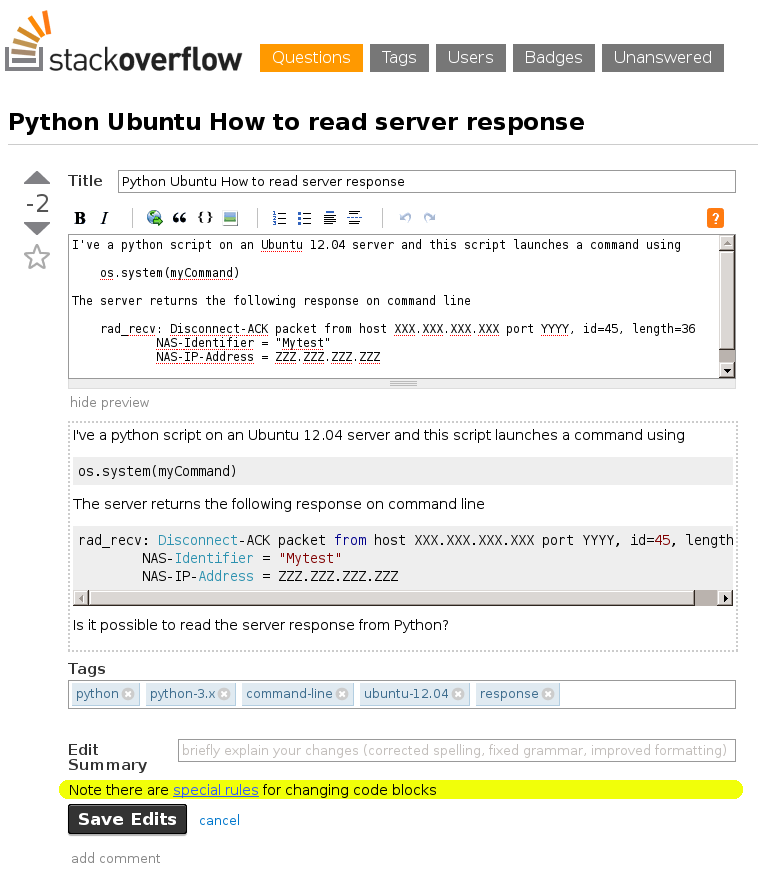 Or, an extra confirmation box could be down when changes to a code block are detected, another ugly mockup: 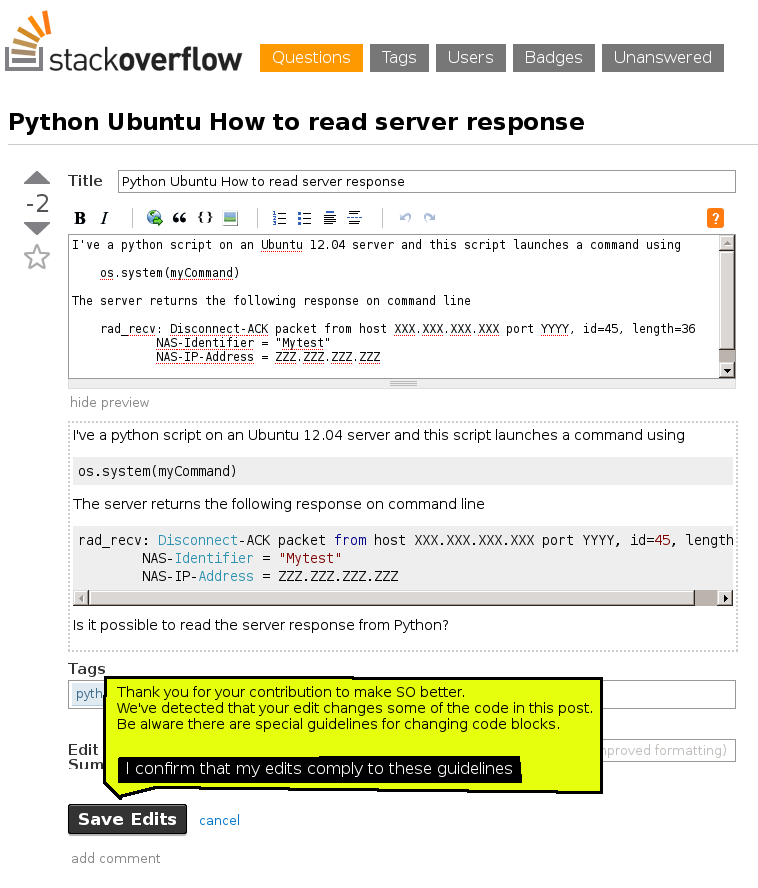 For reviewers, an extra line could also be added: 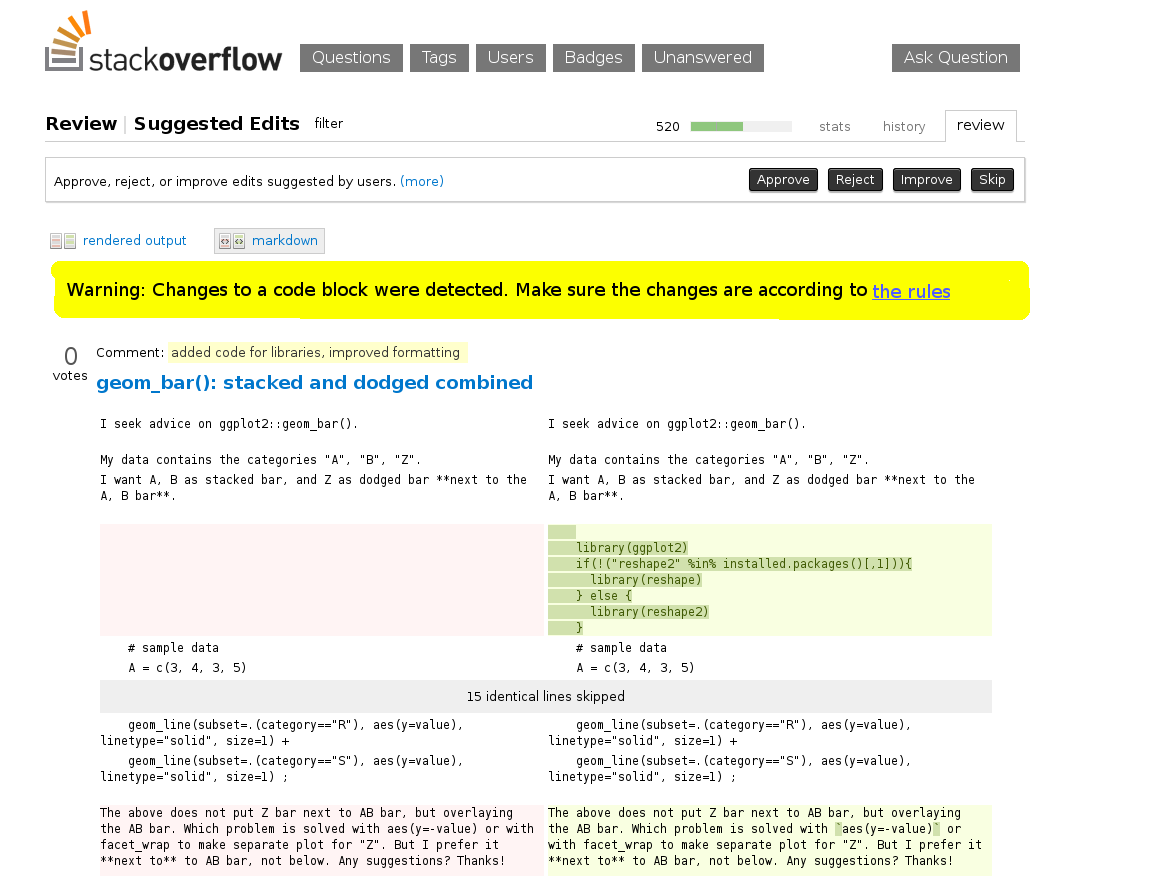 221
When should I make edits to code?
45
Suggested edits are not removing noise - how can we give better guidance?