When upvoting questions and answers, I do that when I find them useful and/or of high quality. What I sometimes would like, is a way to add some recognition like "this solved my issue as well, thanks for posting!".

One way to do that, is through a comment, but that clutters up the information, and there is even a flag to prevent this (or at least for answers, I'm not sure that it applies to comments too).

But what about a checkbox of sorts with a counter "This solved x people's problems" and then you could actually see who those users are (I'll leave that up to the UX guys on how to do that the best/prettiest). This should only be for actual solutions of concrete problems though.

To extend further on the idea, it could e.g. give bonus points, both to the questioneer for asking a relevant question, and to the answerer for giving an answer that are useful for multiple people.

I'm sure plenty people would argue that that is what the voting is there for to begin with, I'm simply arguing that for me, I'd like to give credit where it is due, on an even more concrete level.

For me, the best comment has been where people say "this solved my problem, thanks!", but that at the same time, clutters up the comments with non-info.

Another way of doing it, is to use the bounty feature, but that has four problems:

So to sum up, I'm proposing this feature for two reasons:

Don't reinvent the wheel.. just like S.L. Barth has said already give it extra credit with a bounty on an existing answer: 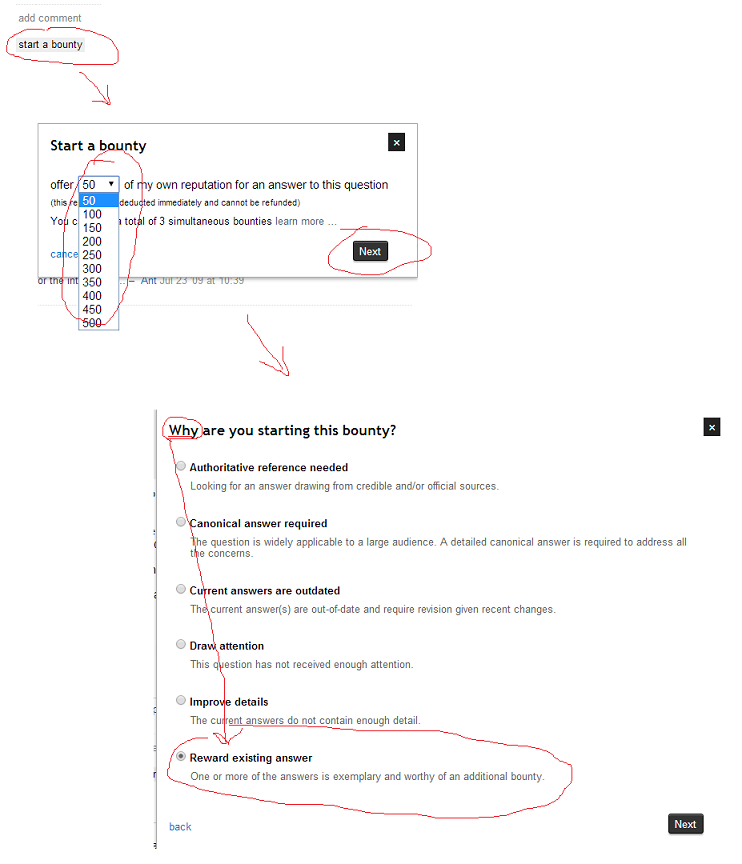