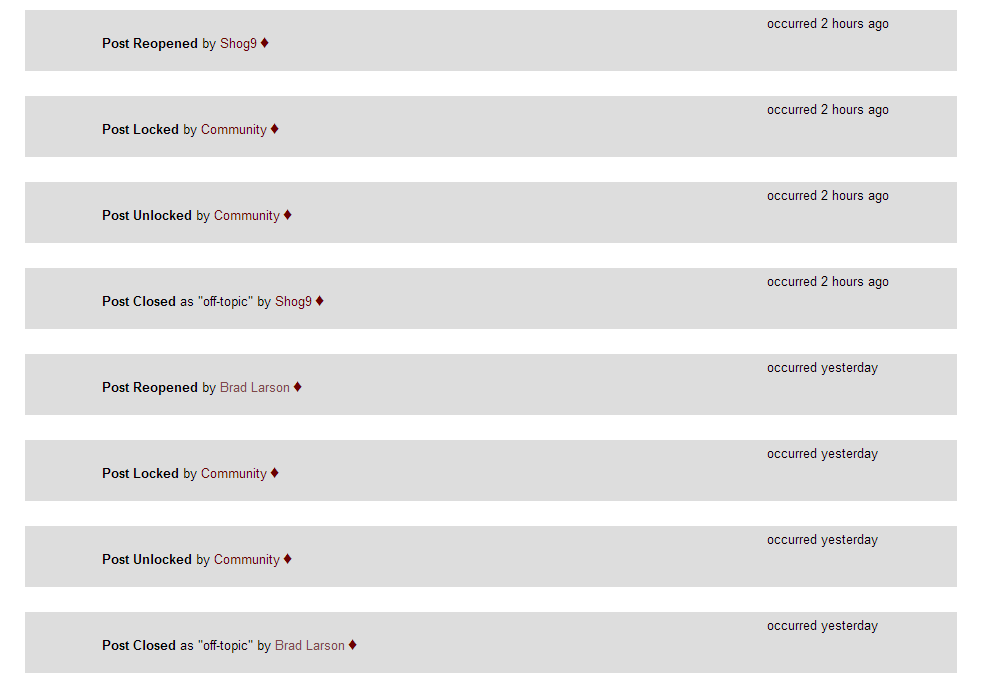 22
Can we specify which on-site notifications we get, and when they get displayed?

9
User constantly adds the wrong tag
2
Suggested Edit rejected with an almost identical edit
46
Why were historically significant questions deleted?
75
Why is the Community User so determined to bump this question?
32
Time to smash the [atom] permanently
26
Shouldn't this answer that has nothing to do with the question be deleted?