What value does the [save] tag provide on Stack Overflow?

I was working on eliminating the close tag and came across the save tag, which has over 3,000 questions. The top asker has amassed almost 150 upvotes from just one question tagged save, and the top answerer over 300 upvotes from one such question, both of which are startling.

Given the comments, here's a short list of tags of dubious merit. If you have other stellar examples, please add them to the list:

I have heard that in days of old, when cards were punched people did strange with the writings on the decks of cards.

Most commonly, people would draw diagonal lines across the punch cards known as striping (thats one 'p', not two). 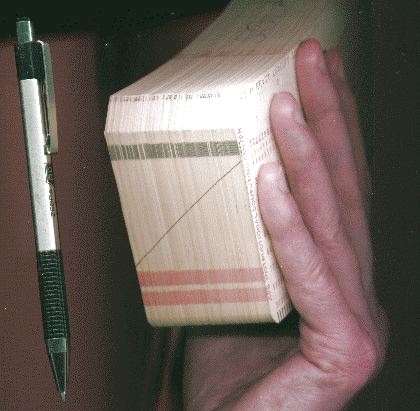 If you look carefully at that deck, you will see also some text on the top. That text could be the name of the program, or the language that it was written in.

Long gone are the days of FORTRAN, and COBOL, and PL/I... and other languages where the name was typed in all caps. Their punch cards have been since used as bookmarks or otherwise recycled.

But there was some programmer who came up with an ingenious programming language. The primary merit of the language was the likelihood that you wouldn't accidentally throw out the deck when you found it. Why? Because this language was named "save". When one found a deck marked with this language, it wasn't cast out, but rather set aside.

For the sake of this old, nearly forgotten language except for the occasional artifact found in a retiree's desk, save the save tag!

I kind of doubt any questions about save are actually asked... but there are 111 questions in jcl... so maybe...

More to the fire:

save could be nominated as a synonym for file-system.

To store (data) in a computer or on a storage device.

In computing, a file system (or filesystem) is a type of data store which can be used to store, retrieve and update a set of files. The term refers to either the abstract data structures used to define files, or the actual software or firmware components that implement the abstract ideas.

41
The [write] and [writing] tags have been burninated

12
What purpose does [stackexchange] tag serve?
33
Does the tag [non-functional] provide any value?
175
There is no [value] left in this tag
1
Does the 'rounded-corners' tag add any value?
13
It's time [extern-c] was interned
29
Can we [skip] this tag?
7
How can we disambiguate the tag [json-value]?