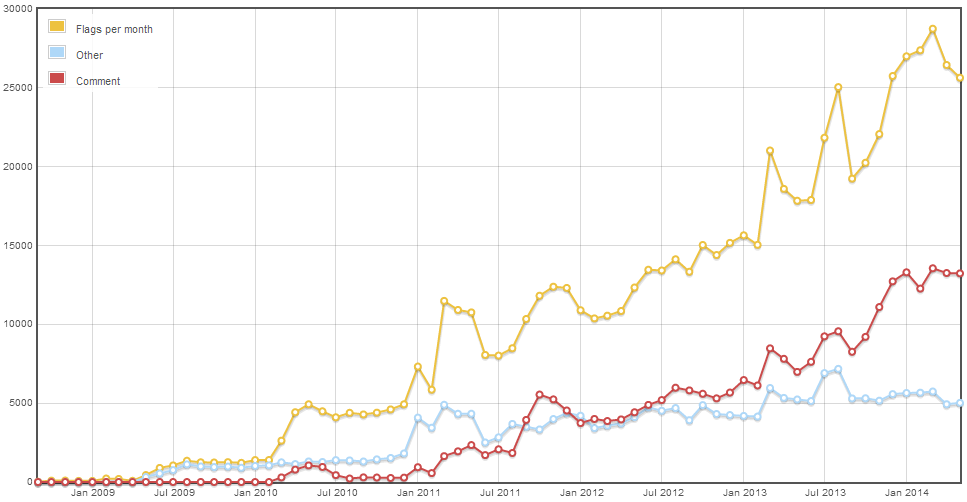 190
Stack Overflow is not yet a vast wasteland: a history of moderator tooling
57
Add CrossValidated to list of migration sites in the Close Dialog
31
Can we have some moderator queue stats?
4
Unable to flag answer with upvotes

8
Should we flag for moderator attention after close votes expire?
2
Why were these custom flags declined?
52
When is a 'Not an answer' answer not a 'Not an answer' answer?
5
Don't use migration close votes for review audits
317
Educating people to flag spam and not vote to close
21
What can be done to improve/increase the amount of Close Votes reviews and to stop <3k user’s close flags ageing away?