Is there an XSS vulnerability in Stack Overflow <script>alert_("XSS");</script>

Note: I've edited the title because the alert was annoying me. Hopefully this will get rid of it.

Is there an XSS vulnerability in Stack Overflow?

Adding <select> to the title of a question causes the select box to be rendered in the Inbox on the navigation bar so perhaps script tags aren't escaped either.

Edit and confirmation: It's not the comment replies that are causing the page to alert. It's actually the migration from SO to MetaSO. 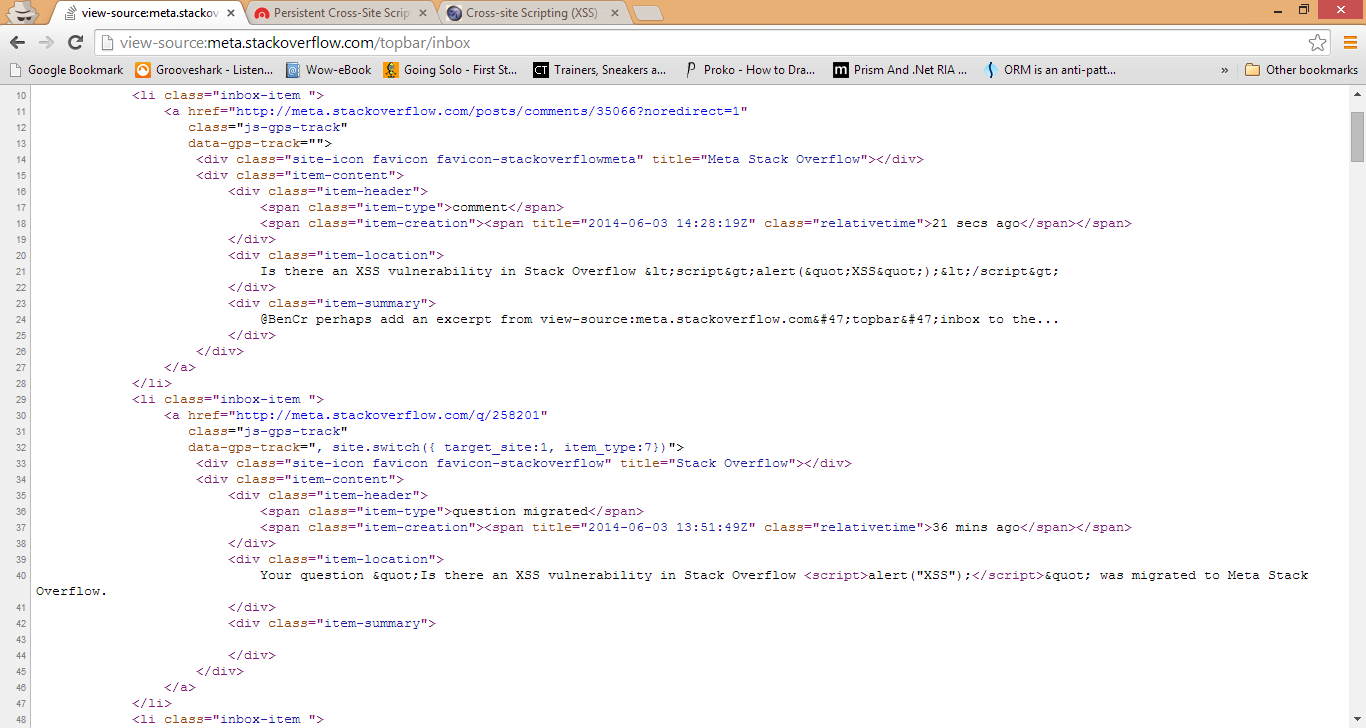 Final edit hopefully: Here's the original element which made me think an issue might exist. 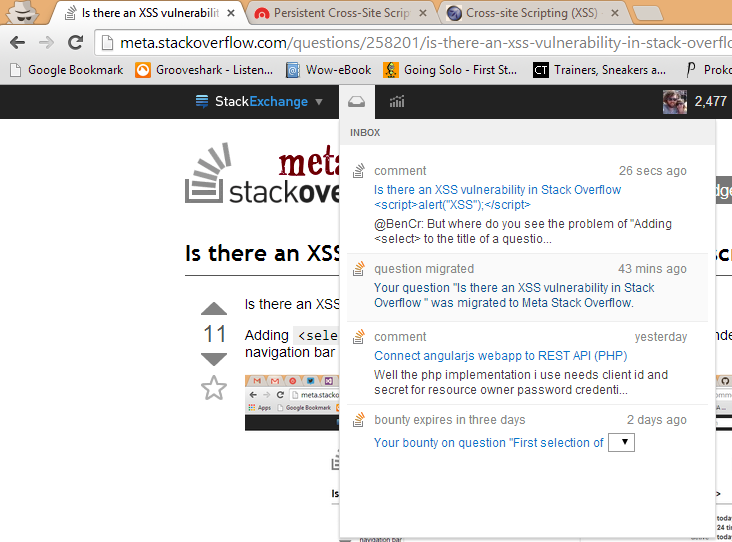 No, Html that is not white listed is stripped out of the body. No Html is rendered in the title. This is the same for the notification section.

There is a MSE post that details what Html tags are allowed in the body.

AD7six was not able to repro this, and neither have I. 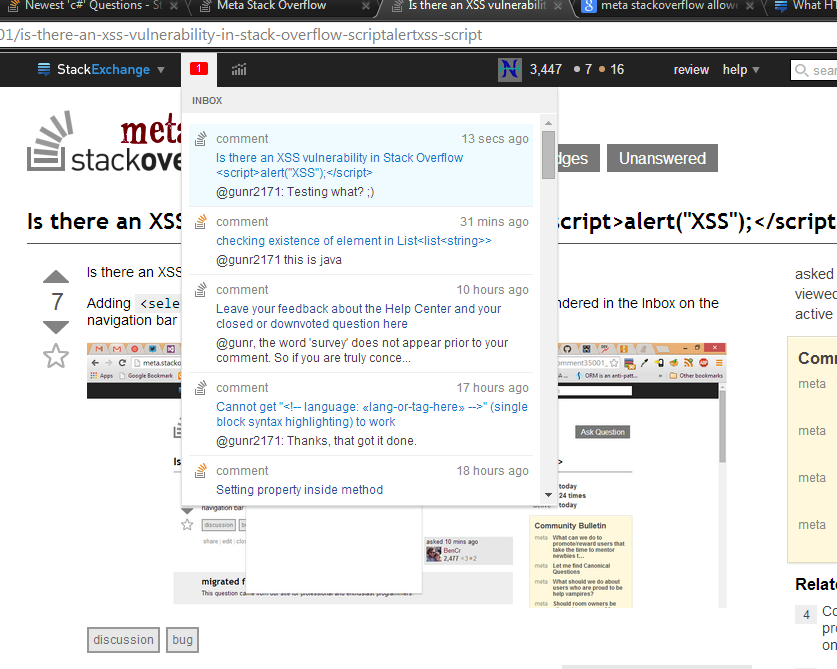