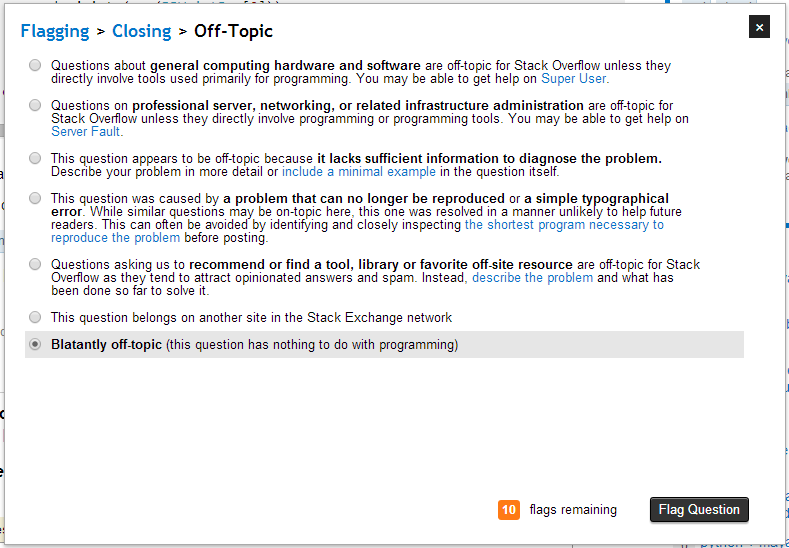 2
How do I flag a question that's essentially looking for a contractor?
3
How should I flag a question about general programming concepts
82
Flag 'Try This: {code}' Answers as "Very Low Quality"?
21
Flag declined: "a moderator reviewed your flag, but found no evidence to support it"
5
Flag declined, then Question put on hold?
12
Flagging off-topic questions for low-rep users
3
Flagged as Blatantly Off Topic, On Hold as Opinion Based
29
Could a question asking about a lack of reply from LinkedIn have been salvaged by editing?
4
Closing an off-topic question that is not on-topic anywhere
-3
What to do with questions about a Physics program that has nothing to do with coding?
See more linked questions

27
What resource should we direct users to when closing their question as off-topic?