Contention: should points be completely eliminated on SO?

Alex' comment below brought to the fore inability to summarise, thanks for that Alex. Here's a summary:

a, 'real-life' works perfectly without points

b, all the everyday major pro-sumption sites works perfectly without points

c. all the everyday major pro-sumption sites shy away from points because of the problems points create [for example, on SO]

d, no points ==> all the problems of points eliminated. (obviously enough)

e, SO is amazingly moribund, it should on principle consider BIG changes to fix the points problem, rather than considering tinkering. {there is a twin benefit; fixing the problem AND fixing the moribundness per se.}

(A) "There are no points in real life" but it's easy in real life to know who is worth listening to.

Ask a technical question on any QA site and it's completely obvious who has a clue, even if everyone's totally anonymous. Think about experts you admire in your own speciality. When I see a post by a top expert (example if you're not a graphics programmer), the person certainly doesn't need a "112k" after their name to obviously be a leading expert.

(B) Other online "communities" (Wikipedia etc) have no points, but operate fine. "Case closed."

(C) SO is, obviously, a company that makes money to pay salaries from prosumption, like other huge commercial operations such as tripadvisor.com.

Those other "prosumption-coms" of course, obviously, shy away from "points" (again, tripadvisor, amazon, youtube etc - many of the major properties of our era) - often at worst they will do something like indicate that a user has contributed N reviews. On trip advisor I'm a "top reviewer" ("yellow star!") and that's as close as they get to the geeky madness of points. On amazon they strongly discourage any back and fore in comments, and so on.

NOTE if you're not familiar with Toffler's term "prosumption" - one of the basic business models of the today: a company actually tricks the con-sumers in to being pro-ducers of the company's wealth - here: Toffler explains Prosumption (Amazingly, he coined the term before it actually happened.)

(D) All of the many abuses of, problems with, and indeed the flat out hokey wankyness of "points!" would be eliminated at a stroke.

almost on principal, change is good: major shake-ups (disruptions, disintermediations) are how the internet should work.

SO is now moribund, like any Western Democracy. (Humorous evidence - recently, almost unbelievably - like a cliché - the SO organisation was having a serious discussion about tinkering with the design on the profile page - "how big should the logo be?!" and so on, exactly like any late-stage failing megacorp. So funny it's not even funny.)

At small, fast moving companies (especially doctom startups), the whole mission can be changed on a dime. In the very early days of SO this sort of conversation could have happened ... "What to do about this points stuff? Let's try totally turning it off for a few months, like at other prosumptions. I'll change the database now and we'll see what happens..."

a) There are no points in real life. You can instantly tell who's an expert.

b) Prosumption corps are a major, obvious, and now well-understood part of today's economy. It's a basic of prosumption corps that you avoid points systems like the plague.

c) Tinkering at the edges of any problem is incredibly boring and unsexy.

Contention - totally and completely eliminate points on SO.

Footnote - every meta on SO that suggest radical change, gets heavily downvoted.

This is part of the phenomenon of SO being incredibly moribund, and, points-oriented users.

I believe this post is the most extreme suggestion ever made on SO (any other candidates?)

Note - this post is about eliminating "user points". As discussed with AD7 below,

Regarding voting on answers, that is unrelated to users having points. Allowing anyone to "thumb up" anything is an absolutely basic aspect of any site on the internet today, of any prosumption site from youtube to Facebook to amazon. (Note that it is the actual logo of Facebook.) It's how the internet and social interaction works.

The anomaly of SO having "user points!" is a (you might as well say childish, "geeky", hokey) exceptionalism in the prosumtion internet industry.

Even though no other major prosumer businesses have points systems, there are a number of sensible "pro" arguments for points systems. (Example, "enables moderation", etc.) Below, a couple blokes suggest one benefit of a points system is "on a question, knowing who is worth listening to." I feel this is really odd as it's a fundamental human talent (rooted in language and social skills) to be able to trivially do that superbly.

The "scientific proof" would be making a web page version of SO where all names are masked by an XXXX. Perhaps some web-genius can do this. 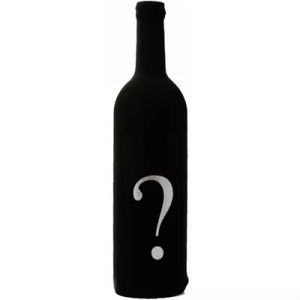 (TBC, in my opinion it's pointless setting out to "prove" this as it's fully obvious, but there you go.)

You can instantly tell who's an expert.

This statement is so obviously false that it's ridiculous. Sure, if you're an expert you can tell who else is, but that ignores everyone else in the world. We're not just here to help other experts.

Even though no other major prosumer businesses have points systems...

This statement is also false. Reddit has karma points. Even if it were true, that statement would be irrelevant. The fact that Stack Exchange is doing something different than Facebook and YouTube is not necessarily a bad thing.

Finally, points on Stack Exchange are not just used to tell who is an expert in a particular topic. That's not even their primary purpose. Reputation points track your participation in the community and unlock privileges.

This is an interesting proposal. I actually agree, and voted up. Points are necessary for the underlying privilege system, but we really don't need them displayed on the page.

Just the other day, I did my duty and told somebody who left unconstructive comments to please stop. They told me, "You have 131 points. Come back when you have 20,000". Really? I had to post the FAQ entry on comments to get the guy to shut up. I had been a member of that SE site for 7 months at that point.

Voting up answers is good. That's a good use of "democracy". But giving publicly visible credit for answers only encourages gaming and elitism.

115
How can a mediocre programmer build expertise and reputation points on Stack Overflow when it is rare to find unanswered basic questions?
123
How to encourage newbie programmers without enabling "hold my hand" comment streams?
7
Advantage to Old Users
-30
Ability to ignore questions from low rep users
-61
Why don't we get rid of reputation points?
-46
Would it be a terrible idea to split SO up into a tiered platform?

36
Why Does Stack Overflow Avoid Gender in Profiles?
28
Should a rollback on a suggested edit remove reputation points?
24
Should the “wp81” be eliminated/burninated in favor of "windows-phone-8.1"?
37
Can corporations be viable members of Stack Overflow?