When reviewing suggested edits, I sometimes come across rather large diffs, where a big bunch of lines of code is shown as "replaced" even though only whitespace and possibly markup has changed. The suggester's comment then often reads something like "improved formatting".

Here's an example of such a diff: 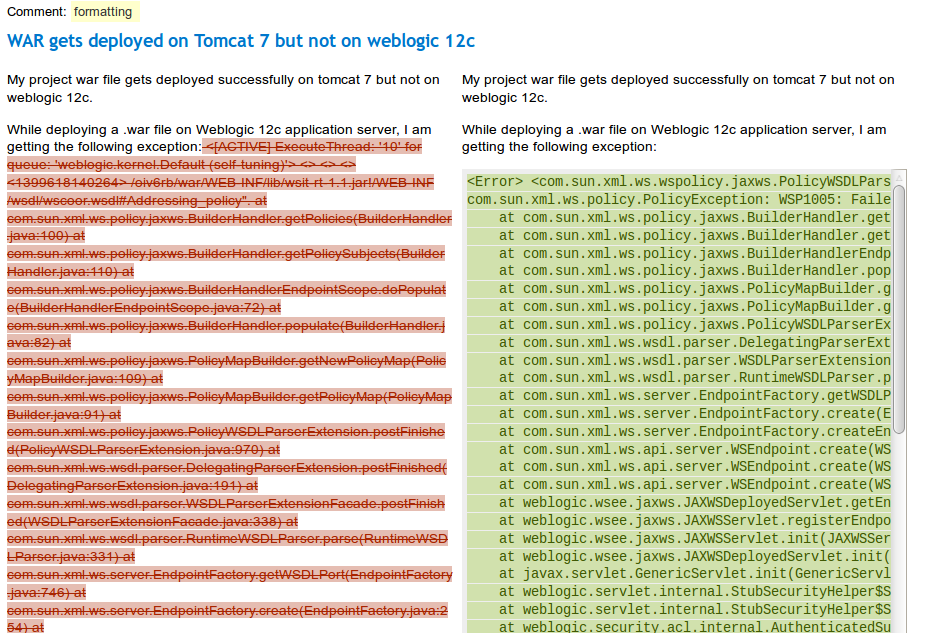 I find it hard to verify that the edit did indeed change only the formatting, and didn't (accidentally or maliciously) alter some of the actual code. I have already seen a case where some class name was suddenly changed to something completely different inside a big change denoted as "formatting". I was about to reject the edit, but it was already approved by that point, so I had to open the question and revert that change.

I'd happily approve a substantial formatting change that turns some messy, unformatted code into a readable form. But it's my understanding that changing the actual code is a classic "invalid edit". If someone thinks there's a typo or similar, he/she should post a comment asking whether it's intentional or a mistake, and let the original author make a change if he/she so desires, right?

So I think the ideal solution would be to highlight whitespace-only changes differently than actual text/content changes. For example, use a lighter color for whitespace, or similar. One diff tool that does this quite well is Meld:

As you can see, it's easier to spot the "real" changes, which use a red font color.

I'm well aware that this complicates the diffing process, but I believe it would greatly ease reviewing suggested edits.

What are your thoughts?

I found the diff revision from your question.

We should have the possiblity to use the side-by-side markdown layout which exists for questions and answers revisions, it clearly displays the whitespace changes: 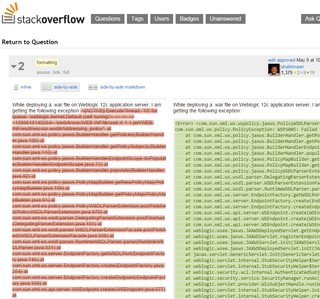 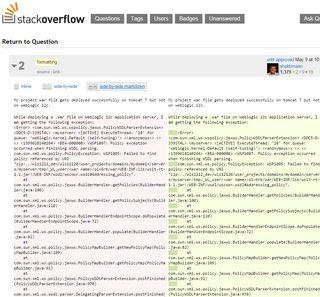 2
Edits happening while another Suggested Edit is in the queue
1
Can we please default to the markdown view when reviewing suggested edits?
23
Markdown and rendered changes are very different in edit review queue
15
Why are some edits highlighted in green color when I am convinced that I didn't make them?