Flag banned after getting a helpful flag

I was flagging questions asking recommending tools or library when I received this after getting a helpful flag on this question: 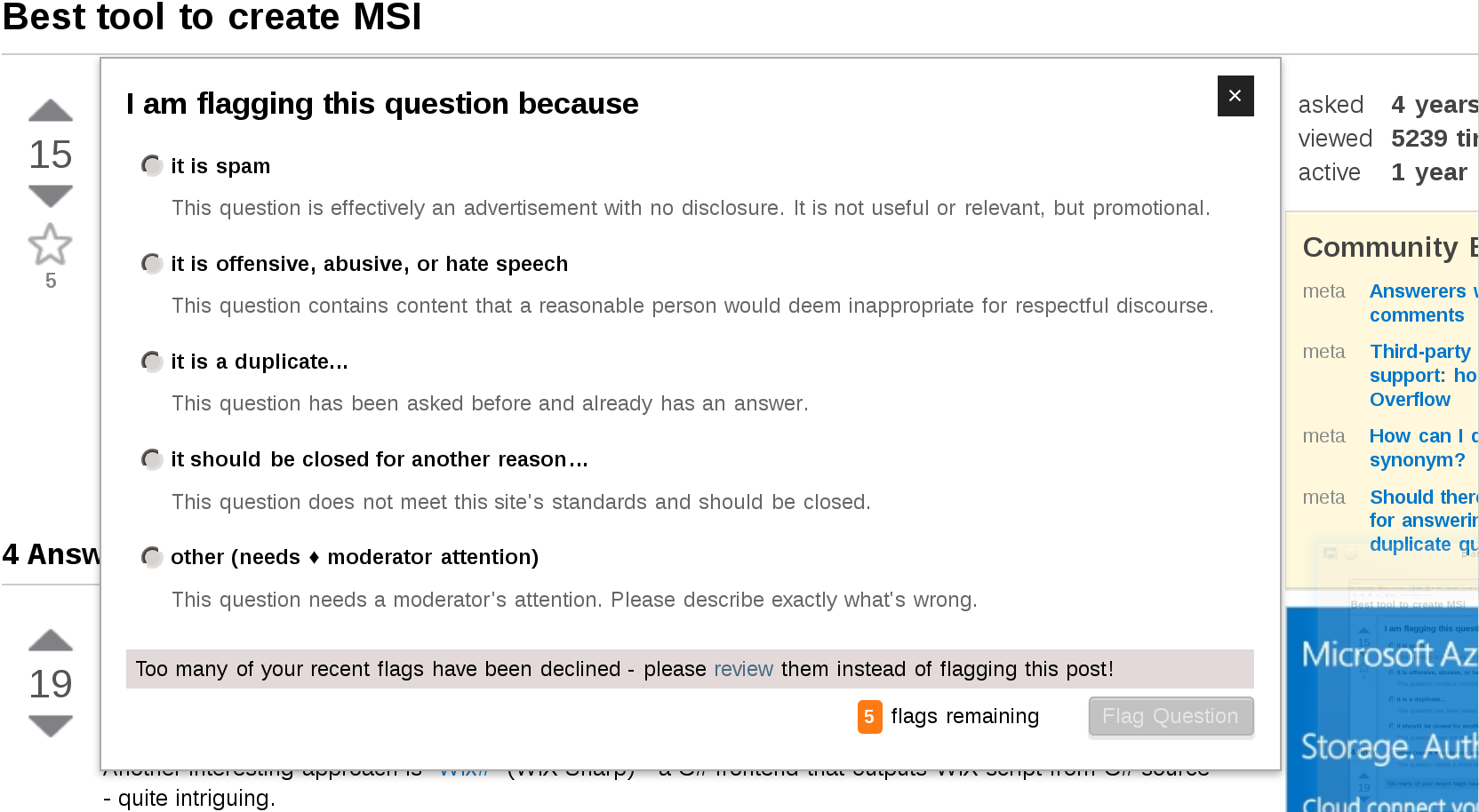 I had this message directly, without having the usual warning :

Attention: some of your recent flags have been declined - please review them before flagging this post!

Moreover, the past 7 handled flags were deemed helpful. I have 19 declined flags since several days and I am sure about this time and amount (no mistakes).
The first handled flag of the past 10 days and also 20 days is a declined flag. I could continue to review after I got two helpful flag after it.

A workaround can be that some persons review the flags on the picture above (or add other flags when it is relevant, so they'll appear in the close queue): 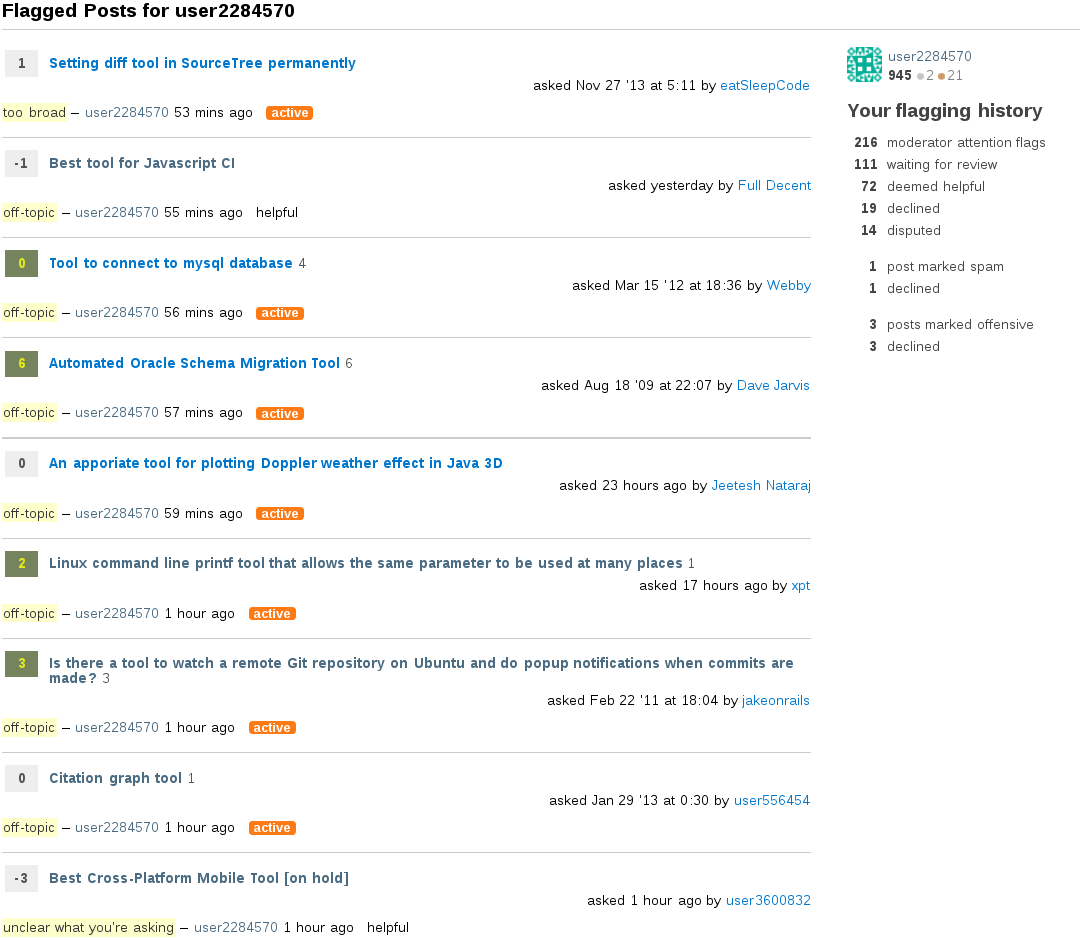 Update : The post linked as duplicate don't talk of a bug. It tell he has been flag-banned after getting a declined flag which can look normal. I already knew and used this link my comments, and I'm not asking how this does work (please read this question : I'm talking about the conditions of such bans).
What happened is that I have been banned after getting an helpful flag, and it didn't represent 25% of declined flags in the past 7 days.

Referencing Shog's answer explaining the new flag ban, you are judged only on flags handled within the last 7 days, and you are banned when 25% of those flags are declined.

In general, the flag ban deals with 3 different variables, any of which will change the status of the ban.

So time is as much of an enemy here as declined flags.

For example, your flag history has 5 declined flags and 16 helpful flags in the last 7 days. But if 4 of those "helpful" flags were 7 days ago, they will no longer be tracked. If you only get 2 more flags handled to "replace" the 4 that no longer count, you'll be below the 25% threshold and will be subject to the ban.

And this can change again as more flags are handled, or as more helpful and declined flags age away.

Now in your specific case, with the info you have provided, it is not immediately clear why you were banned. Unfortunately, not even you can see when flags where handled in your flag summary, you can only see when you raised the flag and when the post you flagged was published, so it is impossible to determine exactly what flags are contributing to your flag ban.

You might be interested in Can we make new flag responses more visible? and Overview on my recent flagging activity?, as both would help provide more insight into exactly what flags are being considered in the ban calculation.

Until such a feature is implemented, you have to manually keep track of when flags were handled. Based on your comments and your edit to the question, it sounds like you are doing so:

The first handled flag of the past 10 days and also 20 days is a declined flag. I could continue to review after I got two helpful flag after it.

However, so if your record keeping is accurate, it is not entirely clear why you have been banned, but as mentioned in the first half of this answer, it is entirely possible to have multiple helpful flags and still get banned based on aging of other flags.

25
Confusing "Your last flag was declined..." message
25
Too many declined flags to flag post
39
Why am I banned after a single helpful flag after flag ban?
3
Banned from flagging, even though flag turned out to be useful
4
Fixing a declined flag
12
Declined Flag Feedback