Prevent protection of questions when it would have no effect

In the dozens of times I've checked, I have never once found a single valid use of "protect question" in the list of recently protected questions, outside of those questions automatically protected by the Community user. This isn't hyperbole, I have never seen it used correctly by a ~15k rep user who has recently unlocked the ability. Often these users will protect quite a few questions, presumably because they have no idea what protection is or when they should use it.

Protection prevents answer by new/anonymous users, and in every case I've reviewed I have failed to find a single answer by a new user which would have been prevented by protection, so I've unprotected the question.

This seems like a process we can automate. I propose that we disallow protection of a question which has no answers that would have been prevented by protection.

I can't really see any case where somebody would have fore-knowledge of which kind of question is likely to receive lots of "me too" and "thanks" answers before they start coming in, so allowing people to protect questions before they show any sign of needing it seems like it can only lead to this kind of abuse.

We can automatically detect and prevent the second case. That is my proposal.

Posting a few examples as I spot them in the list of recently protected questions.

You are requesting that we "Prevent protection of questions when it would have no effect".

Clearly, protecting questions does have an effect -- especially on high-traffic ones:

I protected two of the questions you are using as examples.

Let's look at How do you create a remote Git branch?

This question hasn't received any spam, "me too" or "thanks" answers, and it's been around since 2009. There was no reason to protect it.

As Robert Harvey said, with over half a million views, this question was a perfect candidate for protection. 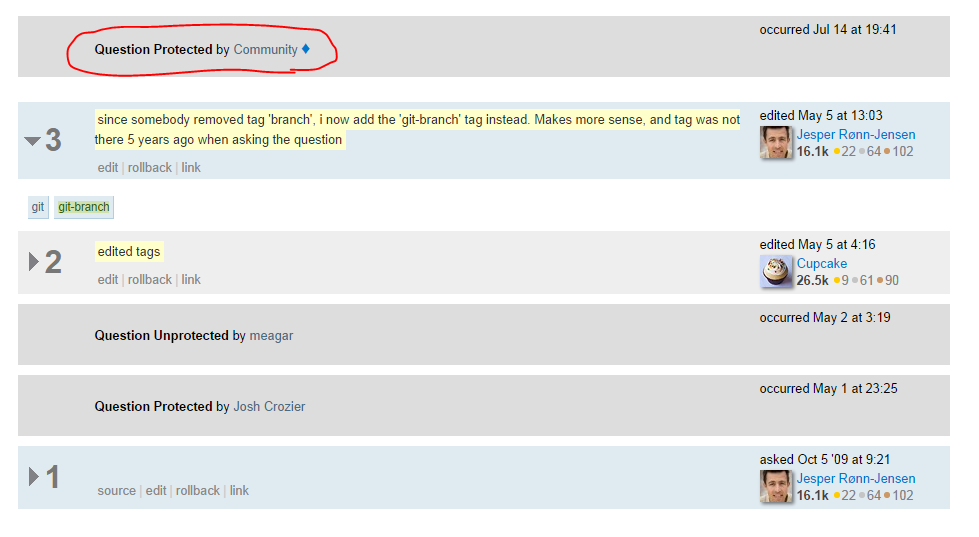 I also protected one of your other examples, Make div 100% height of browser window.

Just last week, this answer by a user with 1 reputation was deleted. If the question wasn't unprotected, this wouldn't have been an issue. 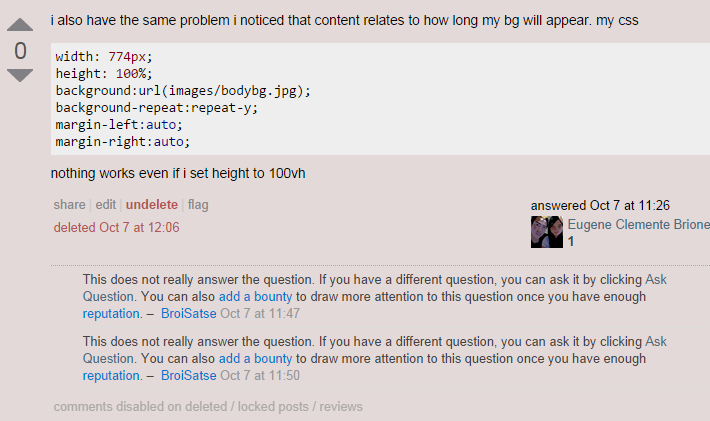 I agree with a few of the other examples you posted, but i'd say that these questions were rightfully protected.

I think you're being overly pedantic about this, though. I don't think it's an issue.

24
Should the bar be raised for Protected Questions?
5
Protecting/unprotecting a question doesn't cause link to revision history to appear
2
Is it hard to auto-identify which questions to protect? Is the ability used very rarely?

20
What kind of questions should be protected?
18
What does "A user can unprotect any protected question" mean?
15
Why does the association bonus not count on protected questions?
13
In what circumstances does Community User protect a question to prevent "thanks!", "me too!", or spam answers by new users?
17
Is it appropriate to flag a question for moderator intervention to have it protected?
62
We need better tools to prevent "long tail of crap" on popular questions
40
Is it correct to protect questions with a lot of answers when a new user is posting a duplicate answer?