So, this happened: Fuzzy the number of questions in the close review queue, a dopamine for the shutterers 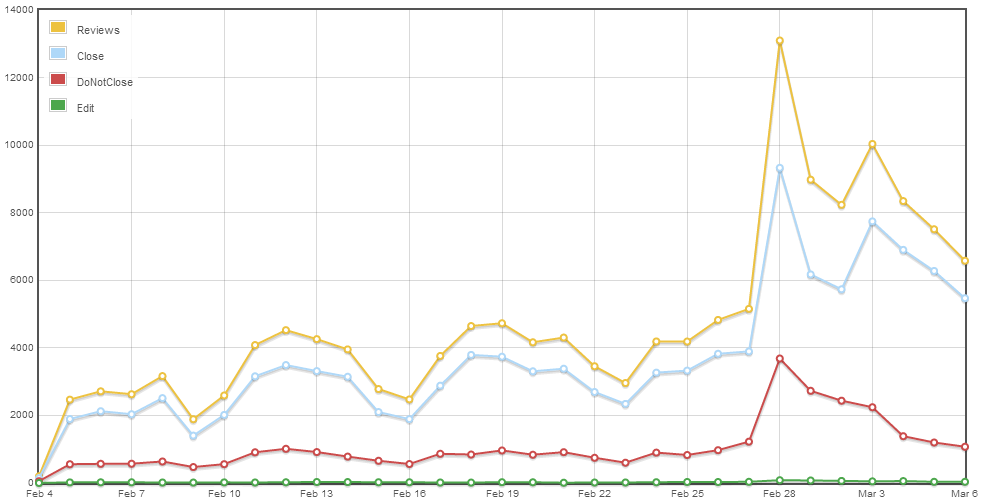 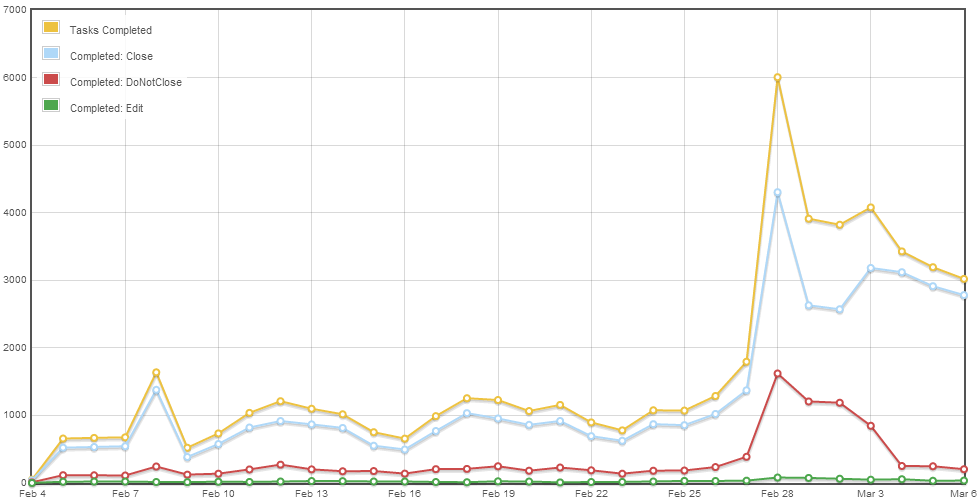 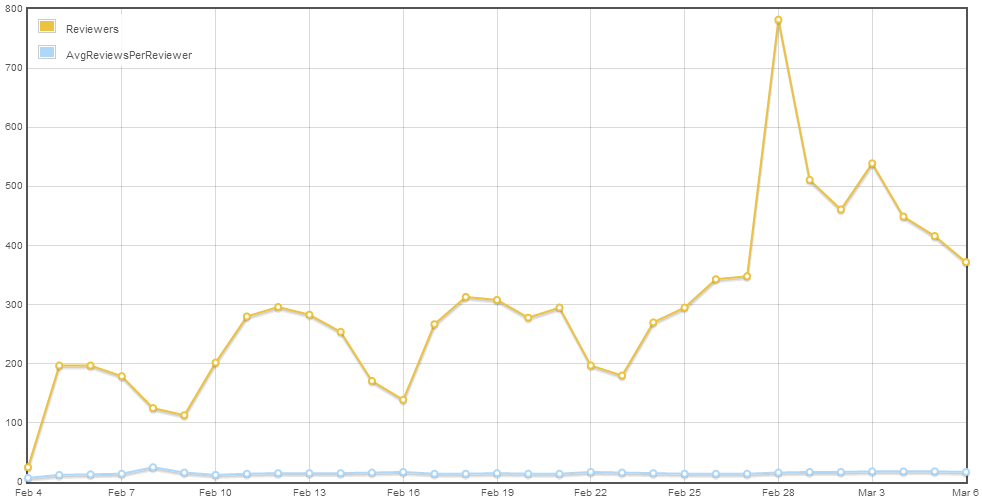 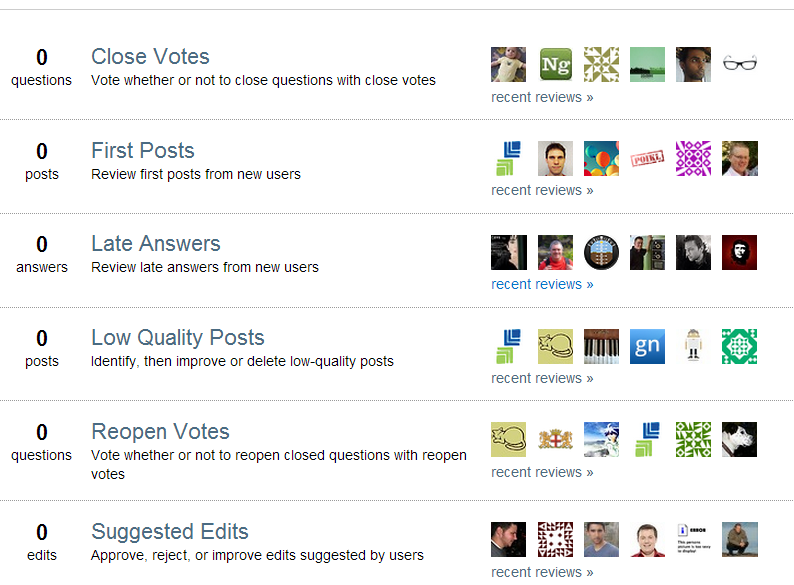 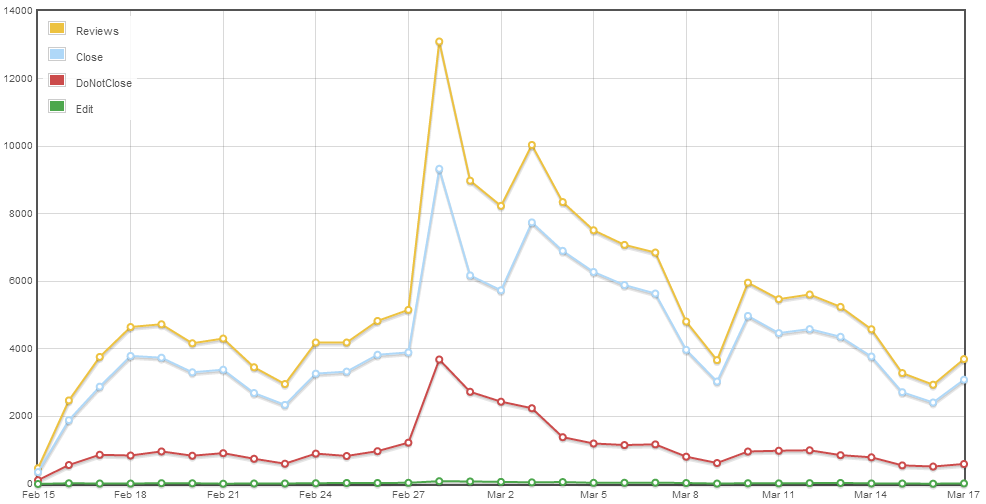 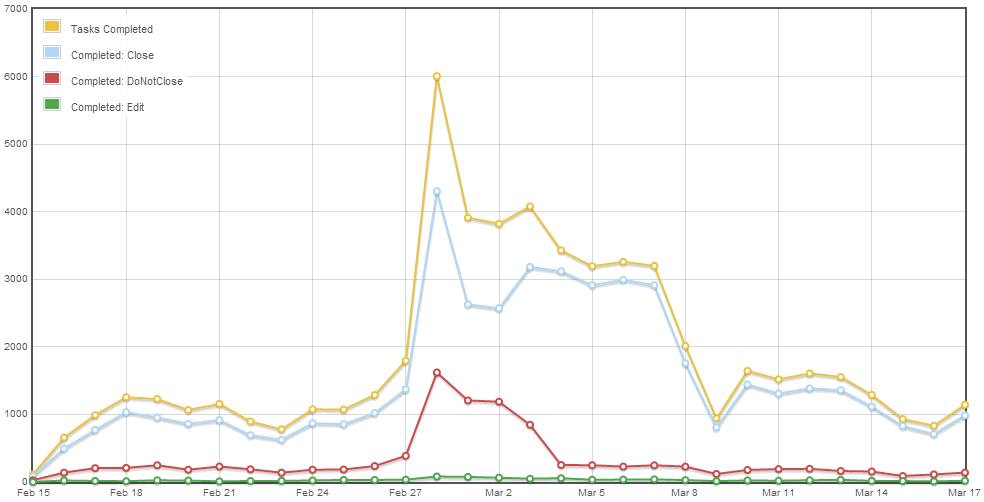 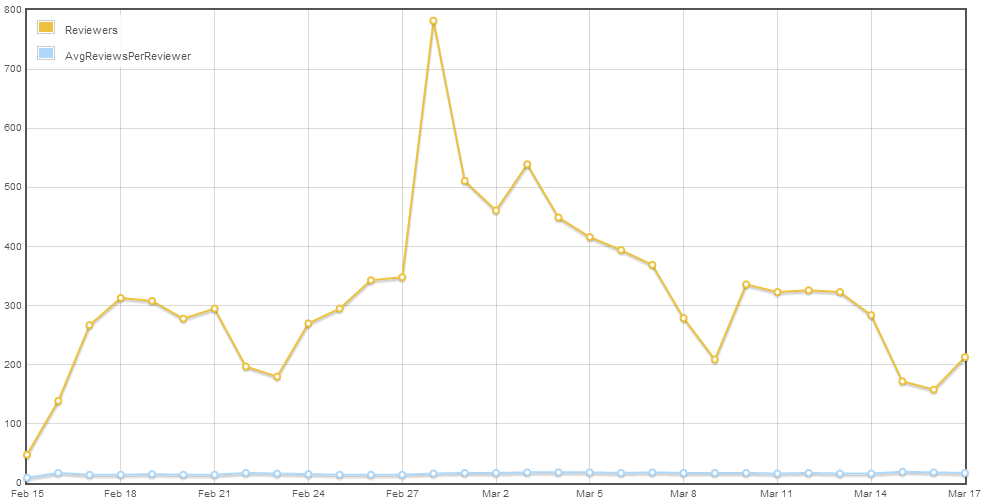 Finally, implement a dynamic system based on reputation. How many 20 or 50k users equal a moderator. In other words, if Jon Skeet votes to close your C# post, let it be closed then. Just kidding on that, but you get the point. This would amount to a post with only votes coming from minimum rep users to require the full threshold, while another may only need two or three from very well respected users.

1221
Why is Stack Overflow so negative of late?
386
Are high-reputation users answering fewer questions?
98
Thought experiment: What would happen if we didn't have close votes?
188
Declaring a Review strike until efficiency improvements are implemented
166
With a userbase as diverse as Stack Overflow's, how will we arrive at an actionable definition of "unwelcoming"?
152
Fuzzy the number of questions in the close review queue, a dopamine for the shutterers
35
Is a mod unilaterally reviewing/closing 1500 questions in a single day okay, or too much?
65
Why was this community nominated for a "Webby" award, and why am I compelled to care?
153
Why were my older close flags "aged away"?
-26
New User Experience: Deep Dive into our Research on the Staging Ground – How do you feel about review badges & opt-in settings for the Staging Ground?
See more linked questions

59
Enough fuzzying: let's let everything into the close queue and age out questions that don't reach a threshold
149
Regarding the Stack Overflow close review queue
43
Are we losing the battle against the close vote queue?
211
1, 2, 3...test. Let’s increase the number of reviews & close votes for science!
1
Different wording for completed reviews
40
Close voters call to arms: let's make this September welcoming