Where is the reputation tab on MSO 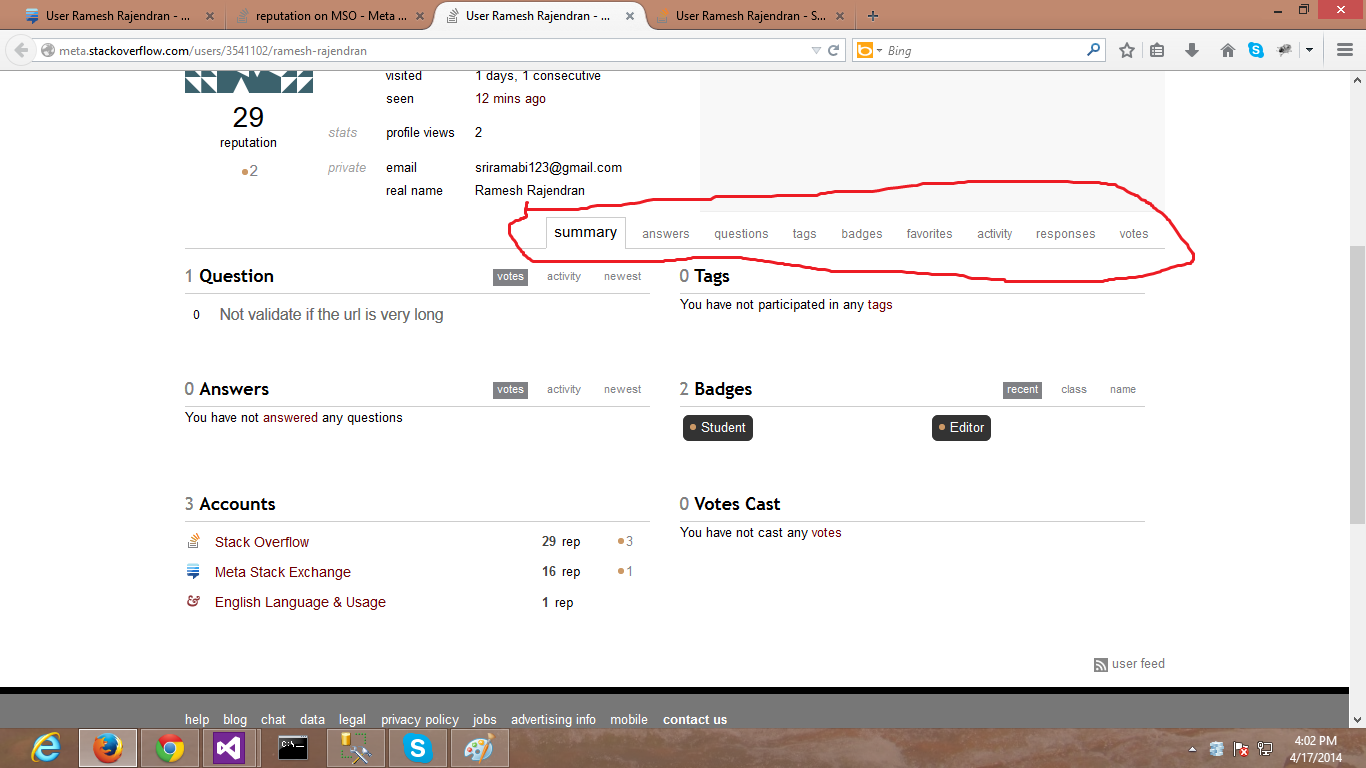 Where is a reputation tab?

Guys I think i have confused with the names, Please any one post a new answer for difference between SO and SE and MSO and MSE.

There are many sites on the Stack Exchange network. To manage itself, every site has its own Meta site that discusses things like how to run the site. For example there is Meta Server Fault for Server Fault.

This has been true for every site, except Stack Overflow. Because SO was the first site of the network, its Meta site, Meta Stack Overflow, has always been served as a general Meta site to not only discuss SO matters, but also general Stack Exchange (the software and the network) stuff. For example technical things that would affect every site.

Meta Stack Exchange is as such a completely separate site. Despite its name (the “Meta”) it is technically not a “Meta” site like the others but instead a standalone site (like Server Fault) which just happens to have “Meta” in its name.

To quote the FAQ:

Votes on meta do not affect your reputation; your meta reputation is the same as your reputation on Stack Overflow (synchronized hourly), though you earn separate badges. You must have 5 reputation to participate on meta.

17
MSO-MSE-split confusion
4
Are all recent reputation changes visible in a user's reputation tab?
53
What happened to the gear icon in the reputation box of my profile?
2
What determines whether the reputation amount on my profile's Reputation tab is green or white?
10
Unable to get real time updates for new questions in the new tab system